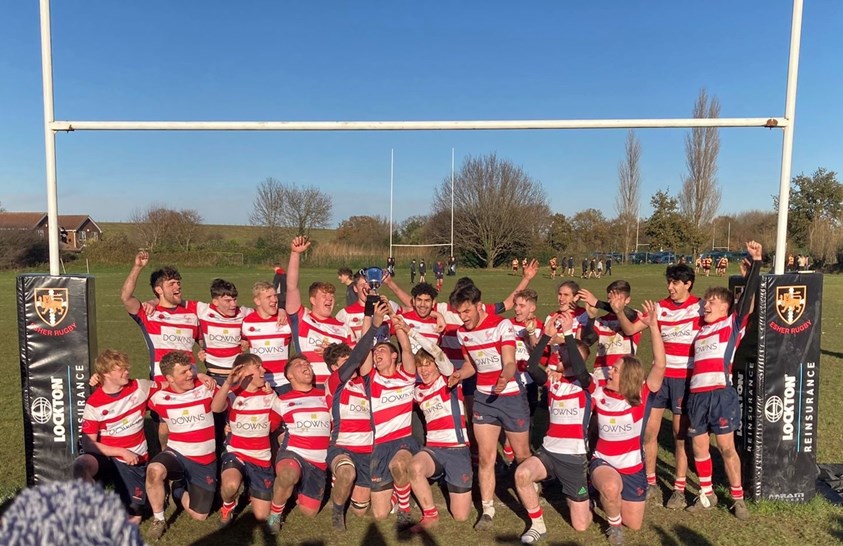 Dorking Colts headed to Esher on a cold, crisp and breezy Sunday morning in search of their first silverware of the season. Their opponents were Old Guildfordians who had also won their Waterfall Cup qualifying pool, winning all three games.

Dorking knew their opponents would be no pushover but were in determined mood in the warm up. We thought this would a tight affair and so Dorking took an early shot at the posts from 40 metres out after OGs had infringed at the breakdown. Oliver Shephard, who skilfully controlled the game from 10, was just wide with the kick.

OGs, however, couldn't clear their lines and from a scrum 7 metres out, the Dorking forwards went through a couple of phases before putting Callum Powell through just to the right of the posts. 7-0.

Dorking were not having it all their own way. OGs were fiercely contesting every breakdown and putting in big hits all over the park. But Dorking were dominating possession with Leo Rennie overpowering their lineout and starving them of possession.

From another OGs infringement, Dorking kicked to the corner. From a catch and drive, OGs somehow managed to knock the ball back over their own line and Finn Sosabowski was quickest to react, touching down in the corner. That was the final score of the half, leaving Dorking with a 12-0 lead.

In the half-time huddle Dorking knew the job wasn't done. There was also much more to come from the boys. 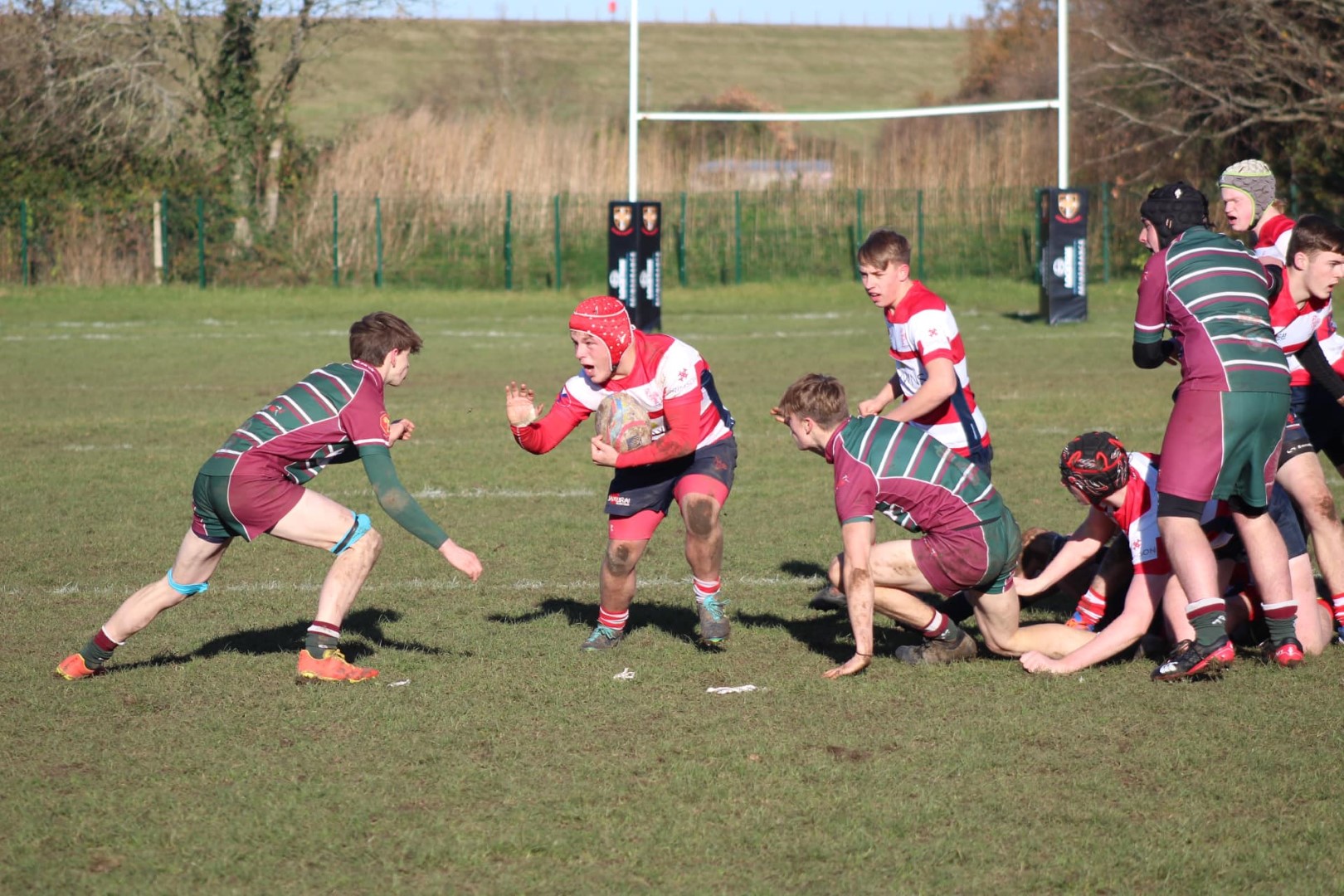 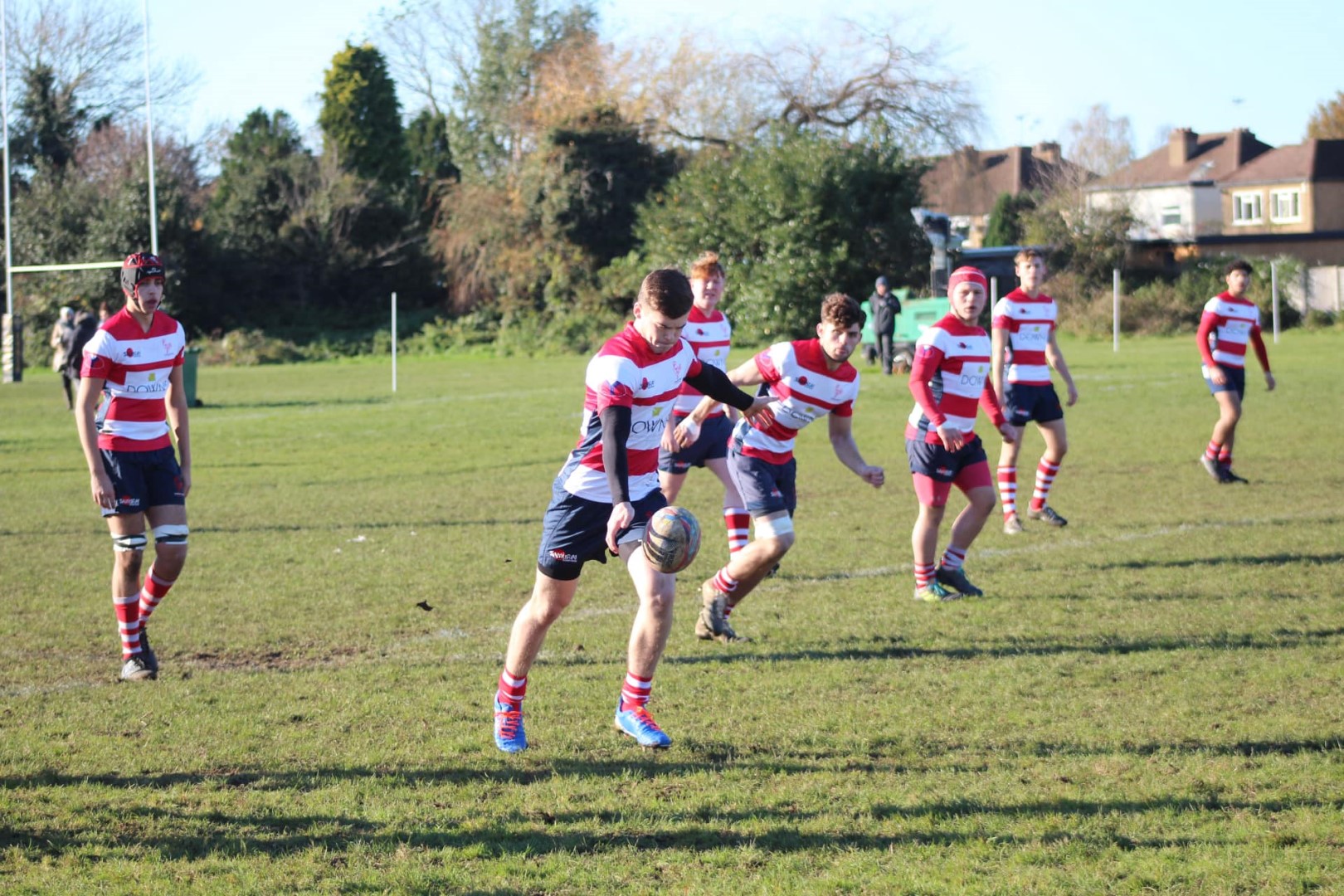 With some fresh legs on for the second half, Dorking tore into OGs knowing that another score would probably see them off. The Dorking supporters didn't have to wait long as some slick hands down the blind side and a wonderful offload from Tom McAllister put winger Giulio Barbato in for a score under the posts. 19-0.

Cheered on by a large crowd, including the club Chairman, Director of Rugby and some of the senior players, Dorking didn't sit back and protect their lead. It wasn't long before Ollie Rawlinson, who was later singled out as player of the tournament following his selection for Surrey earlier in the season, barrelled over for another score in trademark style, leaving OGs players in his wake. 26-0.

It is a mark of this Dorking side that the call then went up from the boys that OGs weren't going to score today. This saw a series of huge hits go in, with bodies put on the line. Sadly Oliver Shephard took a blow to the head in one such tackle and had to depart. But man of the match Giulio Barbato then put in two memorable hits in a row, cutting their big No.8 in half and OGs' heads started to drop.

Dorking were relentless in defence and attack and then served up probably the try of the season. Another powerful run from Finn Sosabowski to the opposition 22 was then followed by a series of offloads, with Ollie Rawlinson and then Callum Powell putting captain Michael Dees in under the posts.

Dorking rounded things off with Tom McAllister, who had another strong game, going in from short range just to the right of the posts in the final play of the game. Dorking 38 - OGs 0. 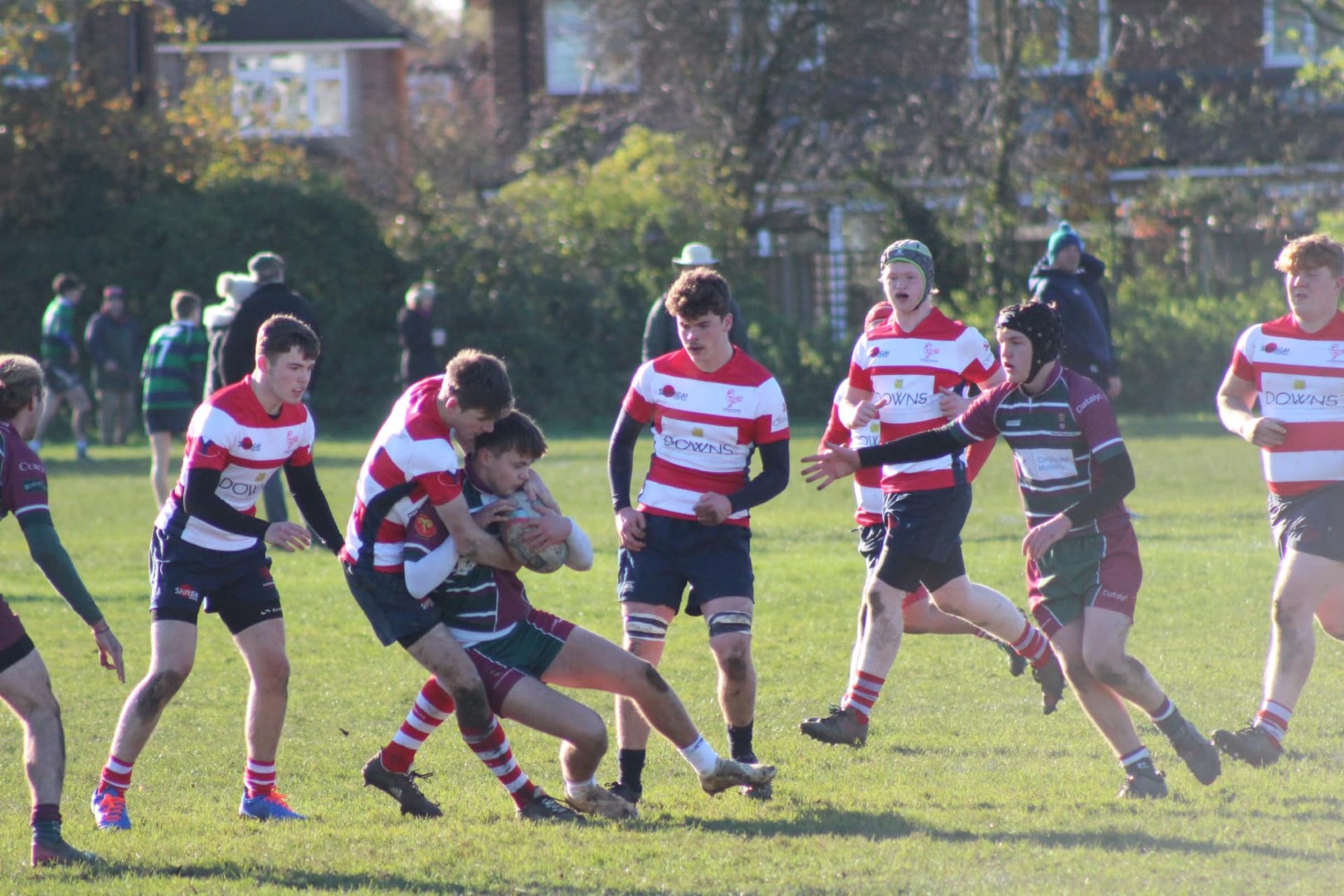 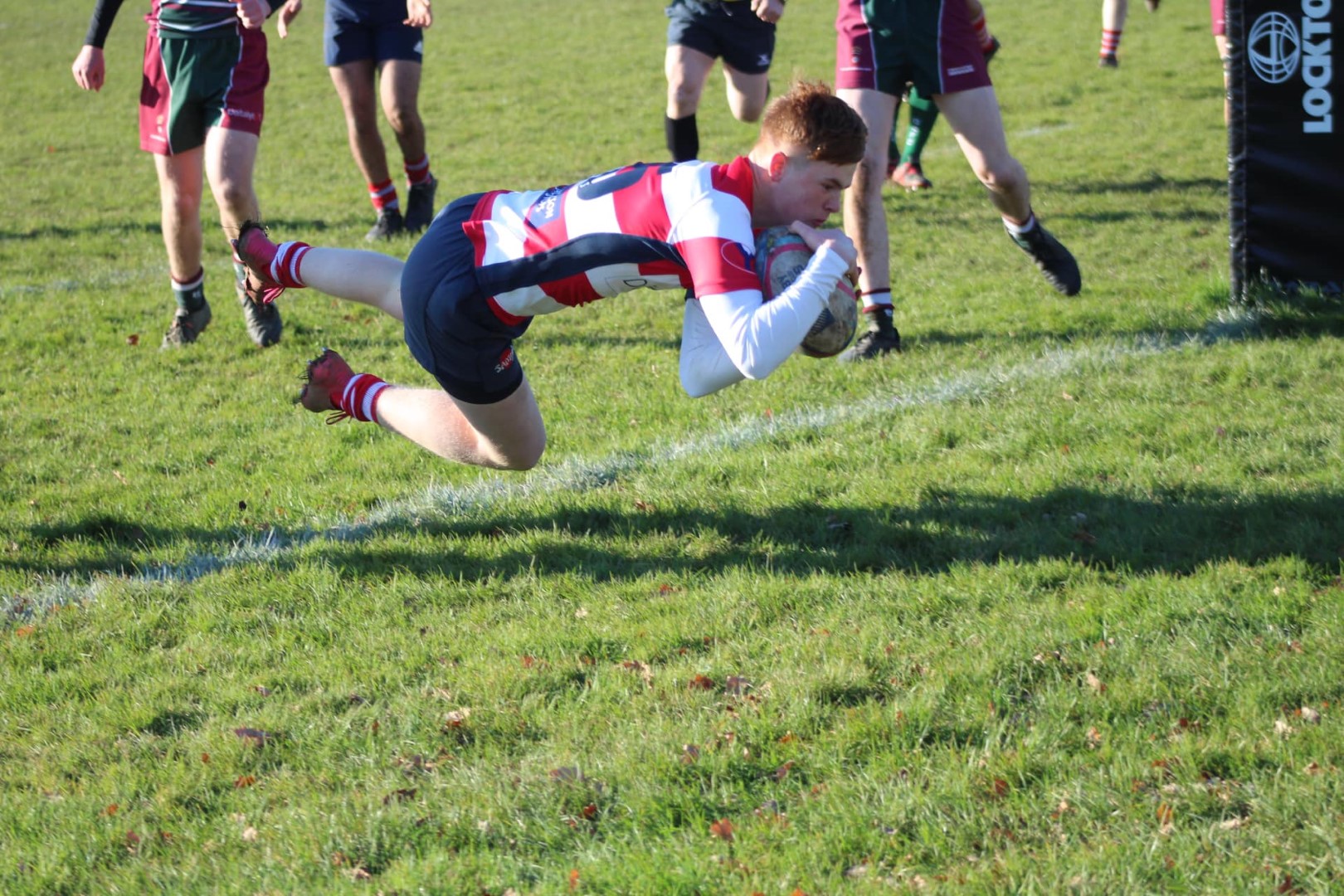 This was not an easy win, but Dorking's determination, physicality and overall game management meant their opponents didn't get a look in and the Dorking try line never looked like being breached.

This was another superb squad performance, with all of the bench players making an impact. The boys celebrated under the posts with captain Dees lifting the trophy.

Dorking know there are tougher tests to come in the new year with the Harlequins cup. But they also know that there is much more to come from this side, with the Monday night development programme really starting to pay dividends in terms of strength, fitness and skill levels.

Finished with a great shot of players and parents. 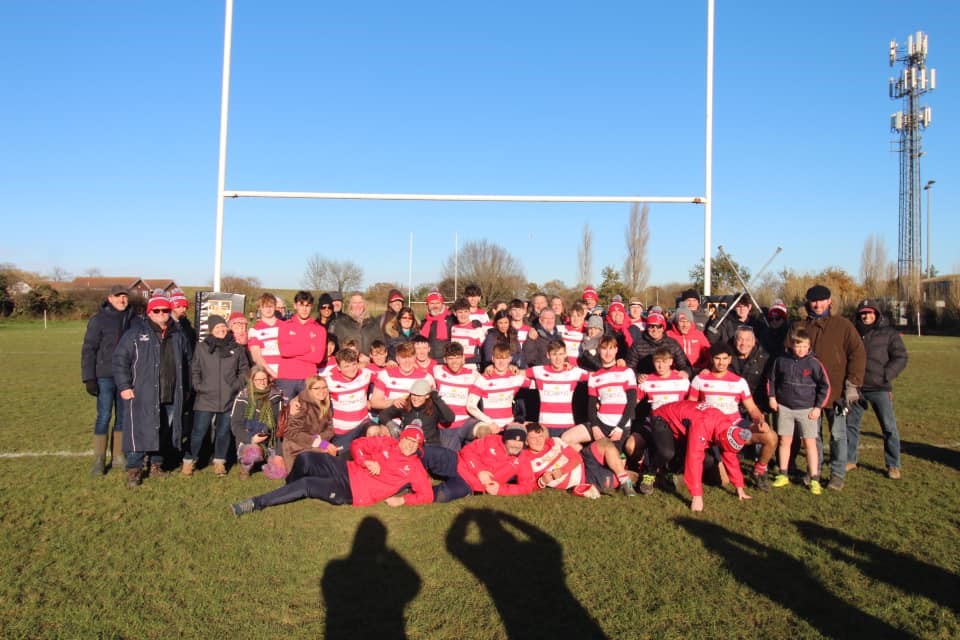