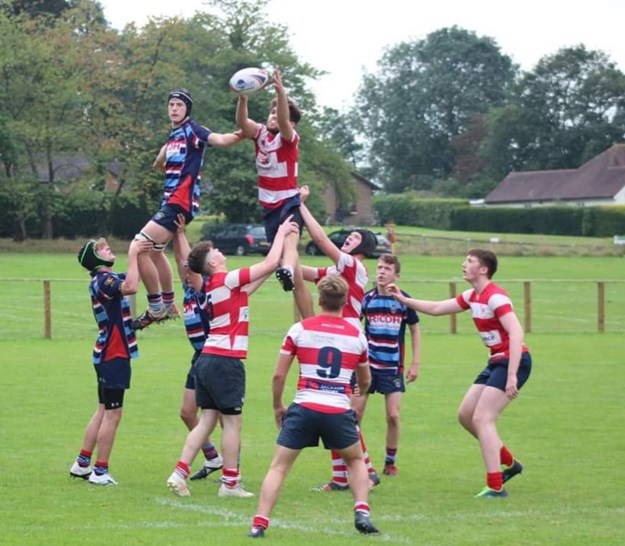 At last, the prospect of a return to competitive rugby against old friends and regular rivals Reeds.

The boys were early and from the start of the day were up for it and focused. Great to see 25 lads raring to go.

From the kick off Dorking were on it. Quick hands and decisive breaks saw us make early in roads into Reeds territory with the back line all running things very smoothly.

In what became a common theme in the match Dorking played much of the game in the opposition half and 22. An early break was finished off and we were 5-0 up within 5 minutes.

Dorking continued to keep the pressure on and despite some good defence from Reeds went over twice again, crucially, scoring just before half time to finish the first half 17-0. We identified a few areas of improvement for the second half, notably a more aggressive and cohesive defence, the mark of improvement being a successful defence of our try line through multiple attacking phases from Reeds and some great tackling out wide from our wingers.

Reeds did enjoy some good spells of possession and we looked a little ragged at times. Some of this undoubtedly as, due to the size of our squad, we made multiple changes throughout the game. However, our power game and speed starting to tell and with William and Olly making several strong runs and Michael, Jamie and Craig pulling the strings, Dorking scored first in the second half 24-0.

The forwards continued to dominate with big defensive hits, great carries and multiple off loads creating a pace and power that Reeds could not live with. Our back row combinations were everywhere and every time Reeds had the ball they were all over them. This pressure resulted in multiple turnovers and Dorking were able to score two further tries resulting in 36-0 final score. Worth mentioning that both Calum and Archie were on fire from the tee with some great kicks from tough angles.

A great start to our season with every player stepping up and putting in a strong shift.

Good to see some combinations starting to gel and there is going to be tough competition for places throughout the season!