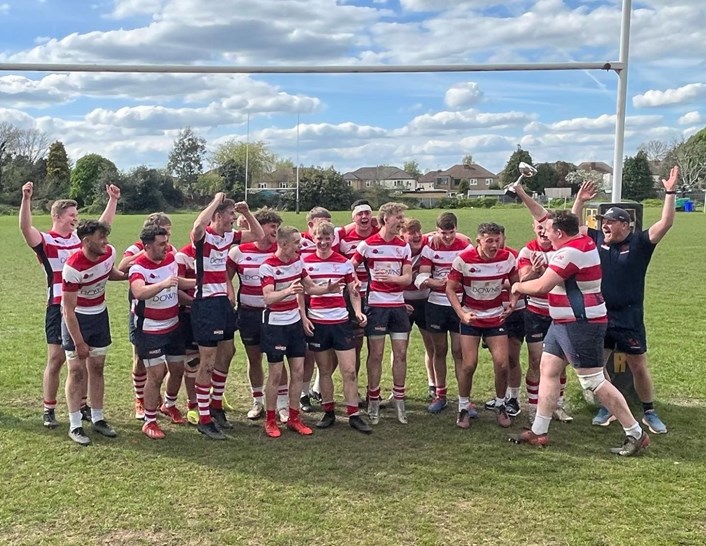 It was a proud day for Dorking yesterday as the County's best under 23's attended County Finals over at Esher RFC.

Dorking 23's entered this year’s revised Surrey under 23's competition for those who missed out on their final 21's year.

Our semi final was on Thursday 14th April where we narrowly lost to Guildford who boasted a strong 1st team presence, was a great game to watch with so much character by the boys.

We were in the bowl finals on Monday and after being requested to be bumped up to the cup competition (as Guildford had too many injuries from last week) we opted to. This meant we could develop our boys and we came out victorious against a spirited Battersea Ironsides team hosting numerous 1st and 2nd team players.

Final score 40-24 after withstanding second half pressure at 26-24 and having numerous players out of position.
Some interesting facts:

• We had 27 players available for these 2 games. We had a further 18 lads available for the Reigations match (that was supposed to take place on 22nd April 2022 and has now sadly being cancelled). Altogether that is 45 total players aged 18-21 available at Easter coming back from Uni etc.
• The Top point scorer was Max Sheldrake with 15 points (Ben Mackenzie 12 and Mike Ching 11)
• We had 7 Current Colts representing the under 23's
• We had 1 first year Colt (u/17) representing the 23's (He was 17!)
• ONLY 2 of our 45 players available had 1st team experience this year.
Finally, the last point is very important one. Looking around the clubs there on Easter Monday, there was plenty of first team players in the Surrey 23's competition representing their various clubs.

In True Dorking fashion, its important to develop our youth and give those who are transitioning from Youth to Senior rugby opportunity to come and play with their age group peers and representing the club while having some fun doing it.

Well done to all who supported the boys all the way from Dan (SC), Dom (Colts), Benji (Transition and 21's coach) and Lana (Medical) for truly making the dream work.

We are proud of every single Dorking player who comes back to play with mates of old and keeping that Dorking spirit that has been alive for so long!