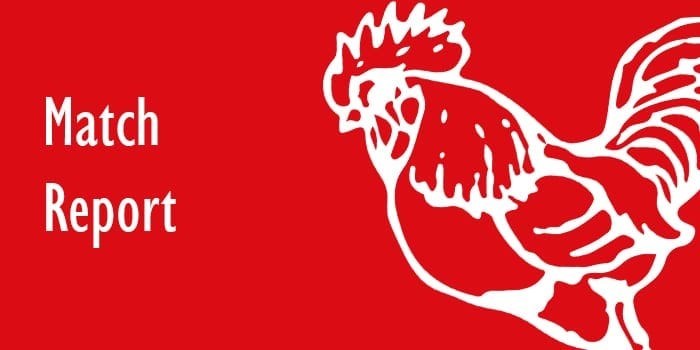 On a cold, grey Sunday the U13 Girls traveled to Basildon for a friendly fixture against a team we do not play against often, as we have tried this season to widen the group of teams we play against from the usual Surrey teams. The day didn’t get off to a great start with the closure of the M25 for part of the morning turning a one-hour twenty-minute journey into a two and a half hour cross country marathon. This meant we arrived later than the scheduled kick off, with limited time for a warm-up and all a bit frazzled by the car journey. This showed in the first minutes of the game, when some poor defence let Basildon in for an early score.

The Basildon team had a core of three very strong players combined with the some newer players and in the early part of the match we were too slow at closing down their strong players, who once up to speed were proving difficult to bring down, making some good breaks in attack and giving us a good lesson a rucking and counter rucking. As the half progressed and hands and minds started to warm up we began to control the game much better and the match saw a flurry of scores for both teams – Harriet Sutherland, Amy Henwood and Clara Stephens all getting on the score board. Defence was also beginning to improve, with the team learning to close down the stronger Basildon players quickly leading to a number of turn overs or panic passing from Basildon players. Some very strong tackling also started to make a difference, with Harriet and Daisy Armitage leading the way. A particularly strong cover tackle on a Basildon player unfortunately ended with a Basildon injury and an early half time. The score 6 tries to Dorking, 4 to Basildon – and the game still there for either team to win.

The second half was a different story and the whole Dorking team really came into their own having shaken off the cobwebs in the first half. Lessons we had learned from our Cup match a few weeks ago that we had incorporated into training really paid off – the girls were all running better support lines, offloads under pressure when being tackled were going to hand plus we used our kicking game to strong effect both from restarts and from hand having realised that Basildon really struggled to deal with kicks. More tries from Clara and Amy followed, with Eva Reilly also getting a second half score.

At the final whistle the score was 14 tries to Dorking, 7 tries to Basildon – a great and well-deserved result. What was particularly pleasing was the way the team played with a number of parents commenting on the quality of the support play, organisation and passing under pressure, something that has been a weakness in previous games and a particular area of focus in training.